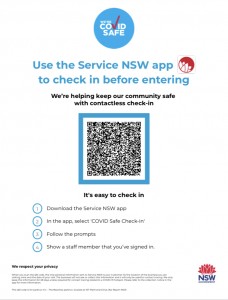 If you are looking for your QR check in code for attending The Beaches, you are in the right place! Make sure you have the Service NSW app downloaded, then you will be able to scan this code and check in either at the event on Saturday or beforehand.

The Beaches will be holding a New Years Day event with a starting time of 09:30. Hope to see you there and join us for a post run swim between the surf lifesaving flags.

The Beaches will be holding an event on New Year's day with a 9.30am start. Hope to see you there!

A small gathering of just 27 runners met on an eerily calm and windless morning.

It was mid-tide, and the slope in the sand kept every runner and walker honest.

Congrats to Brad, first male over the line (again!).

And to Jessy Kozak, first female over the line in the sand. The second time in two appearances.

We had 4 first timers and 2 new PBs. Huge congratulations to Pablo Moscato for his new PB and second time under 40 minutes. Just try walking 5 km in the sand in under 40 minutes!

Ana Saiao took a huge 5 minutes off her time for a PB!

Must have been good music.

So what do the volunteers talk about in the lull between the start, the halfway high fives and the finish? We get to know each other better, we watch the dolphins, and soon we’ll be joined again by the whales. What better place is there on a Saturday morning? Thanks to our 10 volunteers who made it all happen (Mel and Beth left before the photo to go camping!).

Clair Nussey continued with her PB streak (now 3 in a row) and going sub-30,

At the conclusion of our event, we thanked Cooks Hill Surf Lifesaving Club for allowing us to access their defibrillator saving us having to raise $2,000.00 to purchase our own.

Thanks to this weeks volunteers and to Punky for his chocolate PB energy bar!

Today's full results and a complete event history can be found on the The Beaches parkrun Results Page.

The Beaches parkrun started on 29th November 2014. Since then 1,384 participants have completed 4,271 parkruns covering a total distance of 21,355 km, including 683 new Personal Bests.