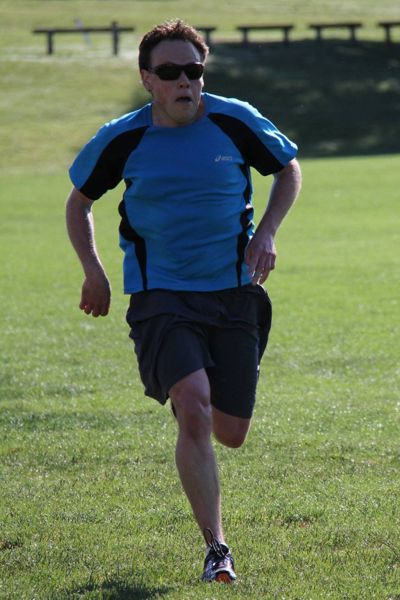 I joined Armidale parkrun from the beginning. Being only a casual runner I had my reservations about getting up early on Saturday mornings, especially in the middle of an Armidale winter!  I was soon parkrunning religiously at approximately 25 minutes, with some crosstraining at Sport UNE gym, when I thought -

"What could I achieve if I got myself fitter?"

Along with losing 25kg I’ve managed 16 consecutive PBs, parkrunner of the month, 2nd in the annual points competition and entry into the 50-club, as well as PBs at Sydney's City2Surf, local fun-runs and last Sunday was first finisher in the Glen Innes 10km fun run in a time of 44:59.

But these achievements pale in comparison to the genuinely proud and supportive community at parkrun and the close friendships I’ve formed with other runners. It’s not the accolades but the high-fives, thumbs-up and calls of encouragement on the course’s hill that keep me coming back (and if you’ve run the Armidale course you will know you need all the encouragement you can get)!

It’s never about beating the person in front of you. It’s about challenging yourself to become a fitter person than last week. And yet the most salient, and terrifying, piece of advice I’ve been given is, “There’s always next week.” 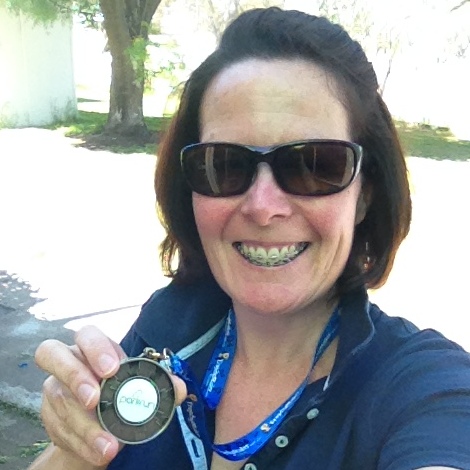 I have never been the sporting type. I have always felt like I had two left feet.

On the eve of the first Armidale parkrun in July 2014 I reluctantly signed up (with the help of my cousin and one too many drinks)! It was a frosty cold Armidale morning and my first run was 43:43.

That was 16 months ago and I have not missed a single event since. I am 10kg lighter, much fitter, happier and healthier and I have become a better role model for my kids who participate with me some weeks.

I love our parkrun. I love the people I have met, the friends I have made, and I love that I feel so welcome every week. I am addicted to parkrun. I was surprised to receive parkrunner of the month in December 2014 and even more surprised when I was named 2nd in the annual point competition for Armidale’s first parkrun year.

Armidale parkrun has given me the courage and confidence to do things I never thought possible. I have participated in one 8km event, two 10km events and one 15km event this year.  I am looking forward to running my first 1/2 marathon early in 2016.

Running has changed my life.  Thank you parkrun.

Brian Peters - Just wanted to let you know what a buzz I had on 14/11/15 at Main Beach parkrun. I was Last Walker with a first timer. First time to parkrun, and first time to 5km. Despite suffering a fall, Katie picked herself up and kept going, even though there were very appealing cross connection short-cuts to the return path. For me, I find efforts like Katie's inspiring. And to cap it all off, it turns out we share a love of books. It was a fantastic start to the weekend - exercise, great scenery, and a new BFF.

Geoff Hakes - There was no way that I could spend a family weekend up at the Gold Coast without exploring a local parkrun, so it was that I found myself fronting up at the unusual hour of 7:00am at Main Beach which, I later found out, was the first parkrun in Australia. What a great course, friendly people and excellent organisation – despite the early hour (and gee, it was hot even then) I thoroughly enjoyed the experience and have returned to my ‘home‘ run at Torrens (SA) with lots of good things to tell my fellow parkrunners! Thanks for the wonderful Queensland hospitality towards a ‘Southerner’.

Alyson Williams – Last Saturday I did my 70th parkrun and was fortunate to be a parkrun "tourist" for the second time at the Noosa event. Wow! What a fantastic group. As it seems to be a reasonably intimate group, "newbies" are instantly recognised, welcomed and given a "run down" (pardon the pun) of parkrun and the course. The run director (I wish I could remember his name) was super welcoming and super organised. The vagaries of the course are thoroughly explained... especially the hill at the end of the course on the return... (that seemed like such fun on the way down). They have a very professional map mounted on an A-Frame, with a topography graph at the bottom, they have printed seeded start times placed on the ground, and a super fun giant "parkrun photo frame", which I felt compelled to play with. The course is a very scenic pretty run through gum forest with undulating topography (other than the "serious" hill just after the start and therefore the finish...) The results were all emailed by 8.15am, which is the earliest I've ever received them! I had such a lovely experience I needed to let you know

wish I could participate at Noosa more often. 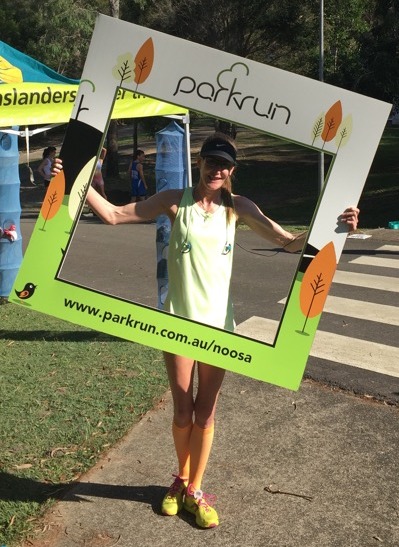 Julie Mitchell – I did my first parkrun at Penrith last weekend. What a great event this is.  My aim was to complete the course and to run the whole way. Proud to say that I achieved that. I am not much of a runner, usually get to 3km on treadmill and say that is enough. I feel that being with a group and running outside certainly lifted my game.

Debra Mills - On Saturday, Sienna Mills (aged 4) ran her first parkrun after volunteering twice. Sienna came towards the finish line with Norman Phillips who turns 92 this week and he completed his 92nd parkrun. From both ends of the spectrum, parkrun can involve every family member from little munchkin to grandparents/great grandparents. The cheer at the end was awesome. parkrun is about supporting everyone - does not matter about time but the achievement of getting out there and running/walking 5km. Sienna is now saying “Finally I am a parkrunner like my sister” but said she will do it next time when it is a little less hot as she finished a little sweat ball with a massive smile on her face. 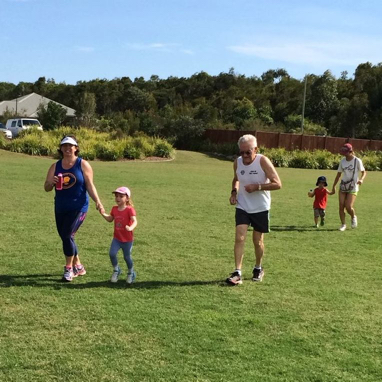 Connie Endicott – Yes, I was a first timer in Mitchelton last week.  I was so pleased with myself – I did it!  I didn’t find an excuse not to and it was exactly what I hoped for… a good mix of all shapes and sizes runners and walkers.  Not a great time but a starting point for me (have never done 5km before) and I will be back again next week for more. I’m hoping I can save money by cutting my gym membership!

Michael McMahon - Just got my first parkrun newsletter. I recently moved to Redcliffe peninsula (Qld) and a buddy of mine mentioned that he was doing parkruns at Sandgate. So last week I signed up and messaged him to suggest we head down together. We cycled over and did the 5km run with him helping pace me (as he's a much better runner). I haven't been doing too much running lately but have been trying to get back into a regular exercise regime (mostly just committing to the train station on the bike). This has been a pretty big drop in activity for me after previously doing a bit more running (the longest race being a 52km run a few years ago) while training for an expedition adventure race. Anyway, back to the parkrun. I decided I wanted to give it a good crack and go a bit faster than I would normally run (at 5km/hr pace) and having Dave pacing me and the competition of running with others I was pleasantly surprised to run a 5km PB (23:07) for my first parkrun and am keen to see if I can go better this weekend.